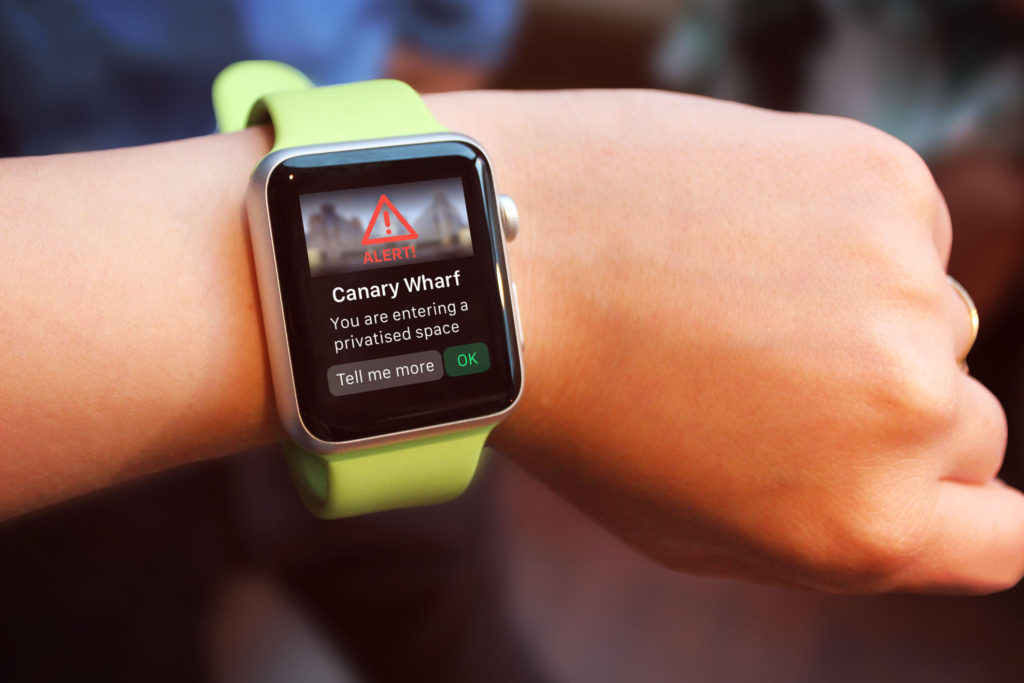 I made this Apple Watch app to concern people about their surroundings. In London, there is always more area becoming privatised and people are not aware of it.

London’s open spaces are dominated by the Royal Parks, of which Richmond Park is the largest. Although the Royal Parks are freely accessible, the public does not have any legal right to enter them and access is granted at the ‘grace and favour’ of The Crown. Urban space, including public city squares, transport hubs, and bridges have slowly been transferred into private hands. My role in this project was to bring out the problem of the always increasing Private Area in London.

I thought that design an app for Apple Watch would be a good solution because people that are entering the Privatised Area would be alerted immediately. You can feel the vibration on your wrist and you can easily read the watch’s screen.

The alert screen was designed to have an important impact on the user. When you are walking and you see your watch with an alert screen like this, you immediately want to know what is happening, so the main purpose of the app is fulfilled.

From the alert screen, the user can move to the info screen where he can read some information about the area. There are some icons that show what is allowed or not to do in the area. Then three different sections with the full address, info on the owner and some details. I had to make the design as minimal as possible because people cannot read a lot of info on their watch. 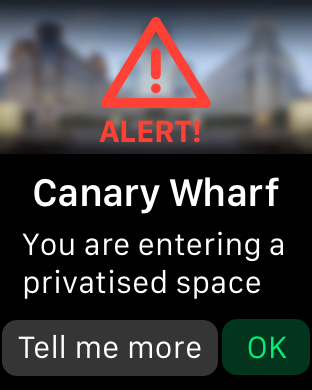