This project was about showing how Social Media influences the lives in South Sudan. The topic was interesting and wide and I tried to engage it properly because is very important to me to give my point of view on something that is happening right now in a part of the world not so far from me.

I started with analysing the South Sudan population and I discovered that they have almost 60 different languages. The two main exchange languages are English and Arabic and even if the official language recognised by the constitution is English, only 4% of the population speak it. The vernacular language of the South Sudanese is Arabic.

I chose to use a bubble graph to visualise the groups. I used the bubble’s size to represent the numbers of members and I divided the bubbles with two colours, green for Arabic and blue for English. In this way, the user can easily see the two different languages and compare the size of the groups. I make it interactive adding buttons on top to make the user sort the bubbles by language, by privacy or to see if the groups are still active. 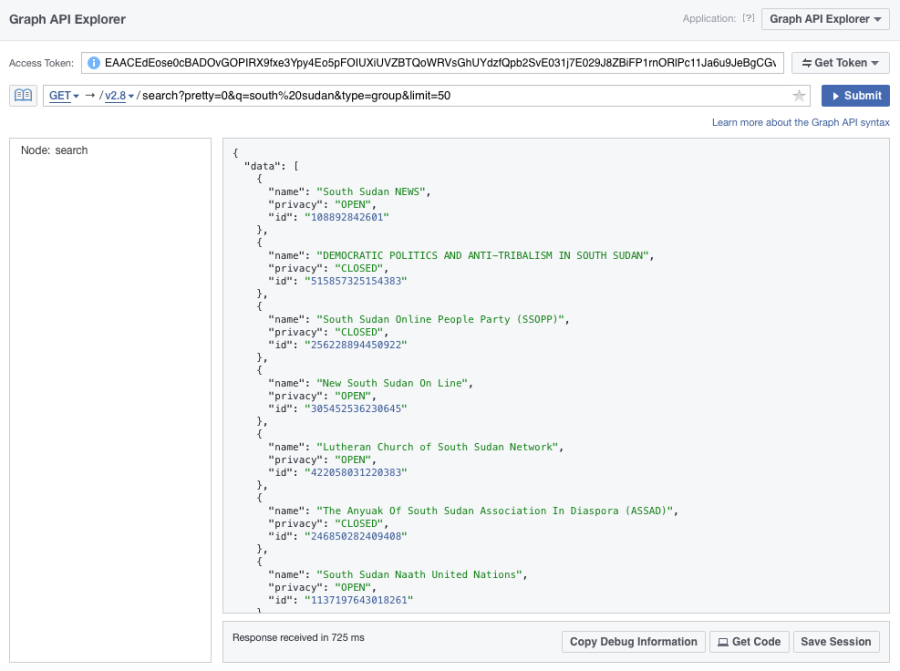